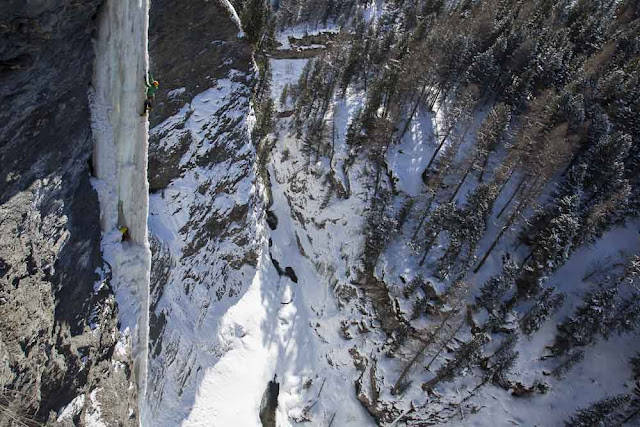 the hard climbing is over and we enjoy the top out in the sun ;) 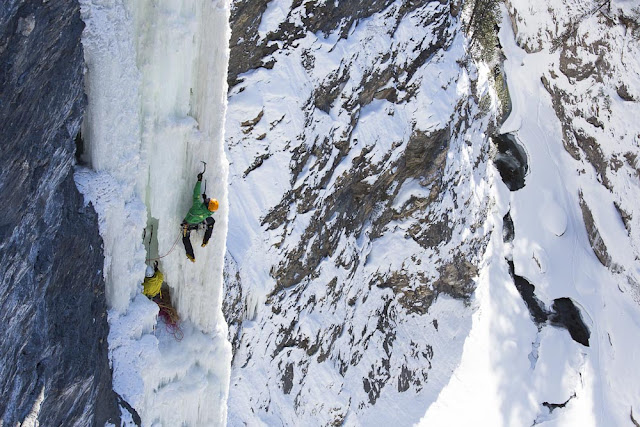 at the beginning of the last pitch 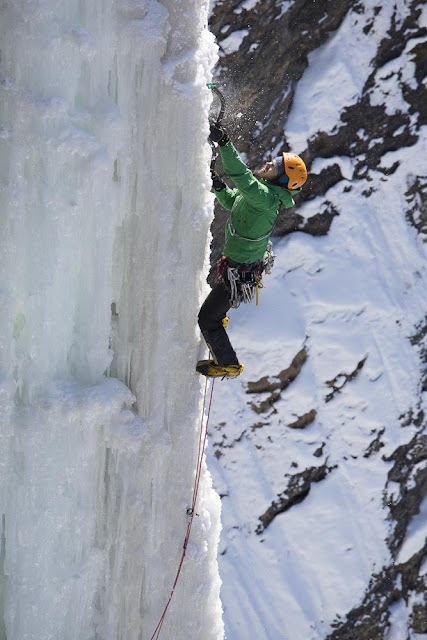 because of the low temperatures the ice was still very brittle

Together with Hanno I’m driving through the wild Avers Valley in Switzerland. Seeing the steep gorges and the partly iced-over Avers River we get the impression that we can grasp the cold. Our focus is the „Brueckenkerze“ icefall, which is located right next to the road outside the small town of Juf.
I have some unfinished business with this line. A few years ago I wanted to climb the fall, after I heard that it looks good. However, when we drove around the corner early in the morning and saw the icefall we realised that the entire last pitch was missing. The upper part of the Brueckenkerze must have broken off a few days prior. Not unusual for such a line, that is exposed to the sun pre-noon. “Shoot, we’re too late,” was my first thought. On the same day we climbed another fall to left of the “Kerze”. On our way home I said to myself “that was just in time and not too late at all!”
Timing – that is what I’ve learned over the past years climbing icefalls – decides about what is climbable and what not. Temperature profiles, danger of avalanches, and ice quality are factors I take into account when I consider an ice climb. Ice structures like the Brueckenkerze are only climbable for a few days and not every season. At noontime the water flow increases, ice jutties and icicles put on a lot of weight. The surface turns into some kind of mush and it doesn’t make sense to start a climb. 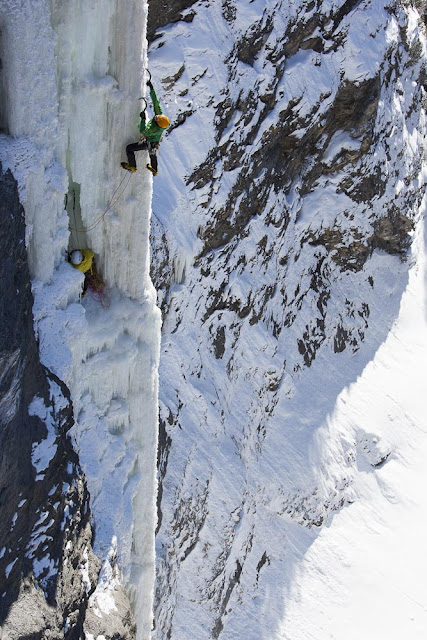 As we turn around the corner the fall is complete! There is not much ice, but temperatures were quite stable throughout the last days and we currently have 15 degrees Celsius below zero. As I am repelling from the bridge I realise how craggy the fall is and I wonder how the ice structure on the rather overhanging wall sticks together. But I have a good feeling and the surrounding conditions are fine. The first pitch is much steeper than I expected, the ice is very brittle and towards the end I have to climb through an ice funnel in order to avoid a big ice mushroom. The giant cone that holds the second pitch is “slightly ripped”, visually not too inviting, but structurally no problem, because the strain energy is “released”. In the upper part of the pillar the ice is less brittle and we thoroughly enjoy the climb. It’s challenging, but I feel good. I’m in full control all the way up to the bridge where I set my belay and wait for my partner. At 10h30 we are back at the car and enjoy the sun. It feels great to have climbed the icefall in such conditions. Who knows if the Brueckenkerze will once again stand there like that, especially in times of gobal warming…
Two days later I’m back in the area and I’m curious how the fall looks like. As approach it by car I can see that one pillar in the lower section broke off. “Timing”, I say to myself. “I was at the right place at the right time.” 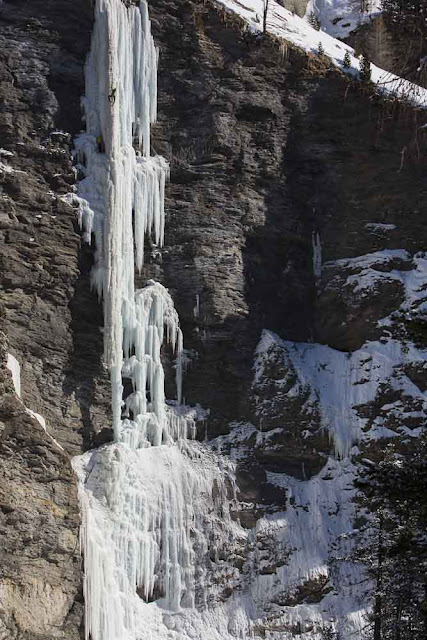 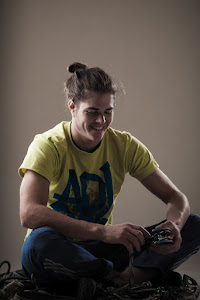